Our possessions and social media posts do not “define” us.

DEFINE is a game changing pillar that aims to educate elite athletes about the concept and significance of building a strong personal brand, how it should align with their personal values and how, if used appropriately, can be a powerful way to differentiate themselves from others.

Athletes will also learn how to enhance their brand through community engagement, leadership and aligning themselves with reputable sponsors.

Fergie Cancade is a BC-bred, Ontario based sports marketing professional focusing on athlete marketing at the highest level.

Shortly after earning his bachelor's degree in business administration, Fergie founded Goodlife Action Sports, which focused on athlete marketing and representation. After growing it to one of the top agencies managing within the professional action sports landscape with focus on action sports, Fergie moved in house at Red Bull to oversee athlete marketing for Red Bull Canada. Fergie spent 7 years at Red Bull managing a stand out roster of internationally recognized athletes on all aspects of marketing from content & social, to events and stunts, and high performance development. 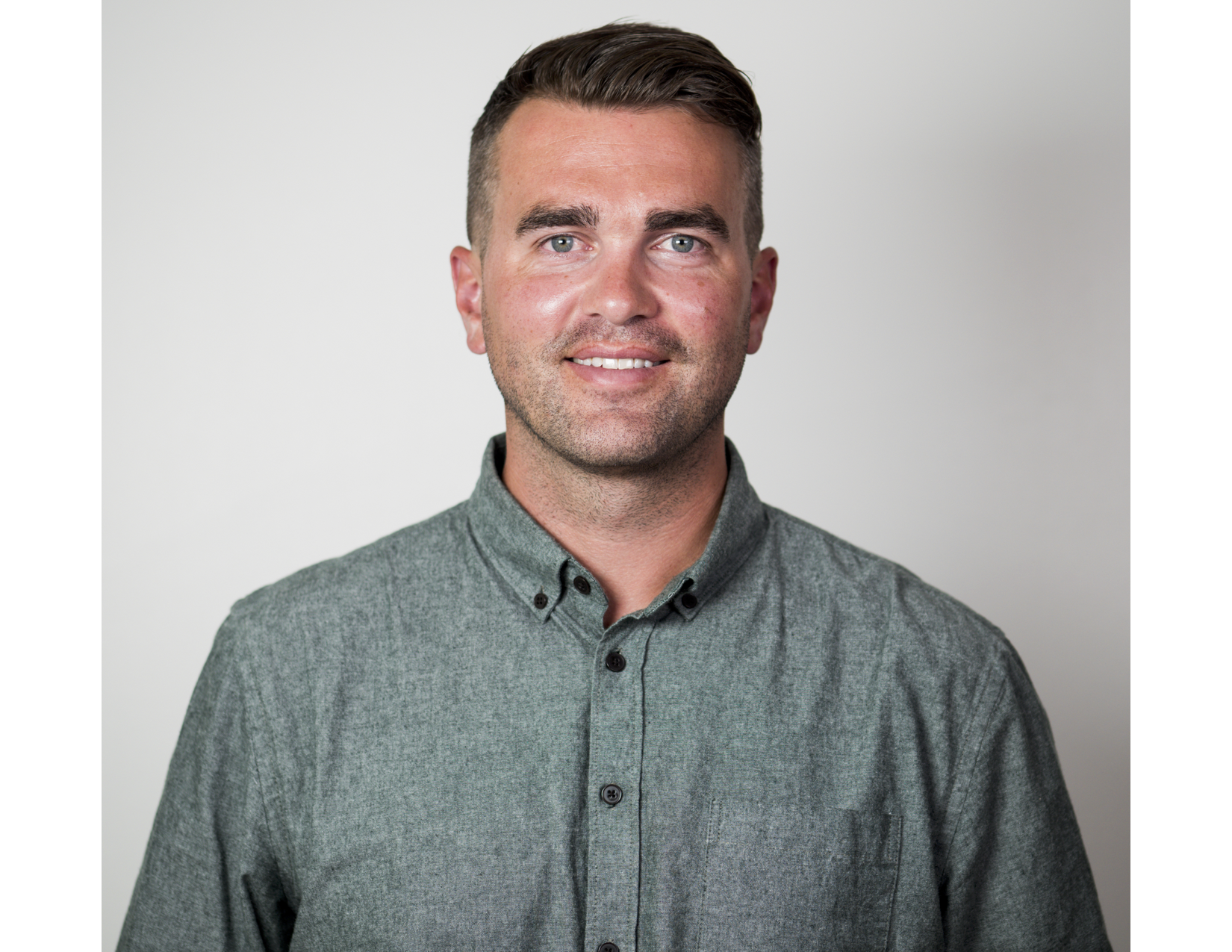 Charlie got his start in film / video production with stints at Alterna Films, Voleurz, Poor Boyz Productions, and outdoor retailer Arc’teryx. While working as a freelance video producer for brands like Nike and NBC Sports, Charlie followed a passion for digital marketing which led him to Invoke, the digital agency responsible for inventing Hootsuite. After a brief tenure in the agency world, Charlie joined the digital marketing team at Red Bull, managing the brand’s digital footprint in Canada. Following 3 years at the country level in Toronto, Charlie was tapped to lead global social media strategy for all sports initiatives at Red Bull’s international headquarters in Salzburg, Austria.

Charlie returned to Vancouver to serve as Head of Social Media at Aritzia, managing the brand’s strategic presence across social media platforms. He frequently guest-lectures at BrainStation and has presented at various public and private events with organizations such as Young Presidents Organization (YPO), Destination British Columbia, Leith Wheeler Investment Counsel & Spredfast.

Charlie Grinnell is currently the CEO of RightMetric; a digital consulting company on a mission to help businesses strategically survey their industry's digital landscape, then conquer it. Charlie has just been named to the Top 30 Under 30 list by BC Business. 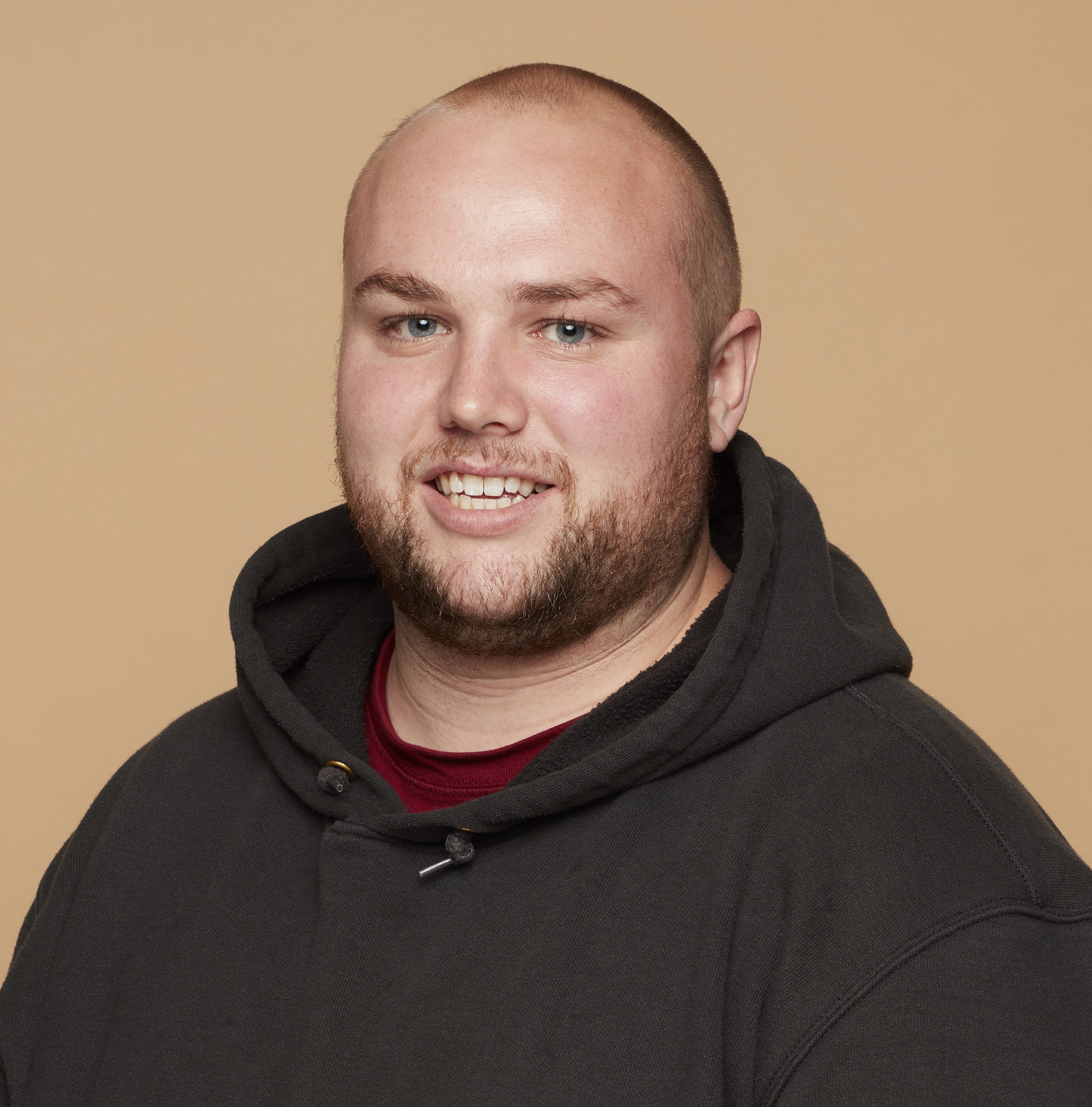 Jesse Miller is a respected and highly sought after lecturer within the education field, and a recognized national speaker on the topic of youth social media awareness, social networking behaviours, and online trends.

Jesse is the founder of Mediated Reality, an education company that has worked with hundreds of schools Canada, in partnership with school districts and independent schools, to stimulate educationally sound conversations that promote a constructive and relevant social media dialogue with students and communities.

In British Columbia, Jesse has been featured in a number of media campaigns including the ERASE Bullying strategy where he worked with the provincial government to empower youth with support tools and education opportunities to expand digital citizenship literacies and to promote access to a safer and more inclusive online experience for youth. 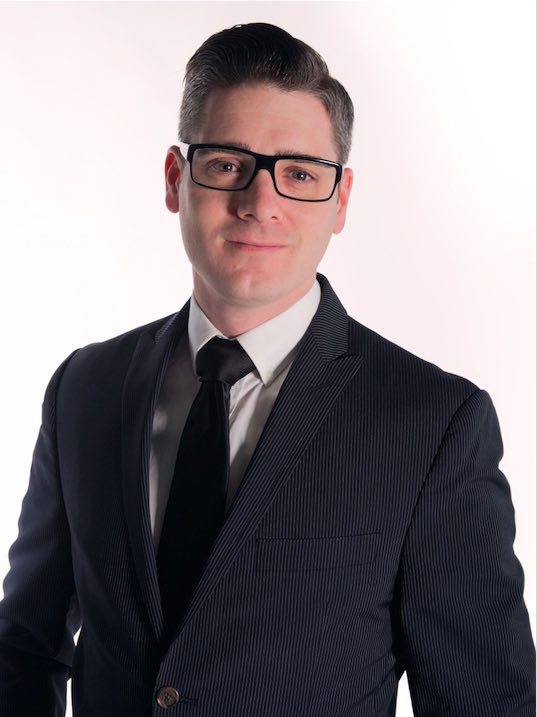 Jamie Pitblado has over 25 years of experience in brand management and engagement, event marketing and communications, sponsorship, consumer sales & promotions, government & stakeholder relations and fundraising. Jamie has provided oversight, advice and leadership on major local and national events and programs for both the profit and not-for-profit sectors.

Jamie has vast experience in major event and project management regionally, nationally and internationally and is recognized for his creative, solutions oriented thinking, strong leadership skills, ability to forge strategic partnerships and ability to build a strong team. As GM, Jamie spearheaded both the 2014 Grey Cup and the 2017 Juno Awards to success.

Jamie has served on the Boards of Canucks for Kids Fund, Arts Umbrella, Canadian Cancer Society, and Vancouver Sun Children’s Fund, Co-Chaired the United Way Campaign Cabinet and lent his advice and expertise to many other charities in Vancouver.

Jamie has developed a strong network in the community that has allowed him to continue to pursue opportunities to better the community in which he lives, works and plays. Jamie is currently the President & CEO of the PITBLADO GROUP, Event Management & Execution Specialists. 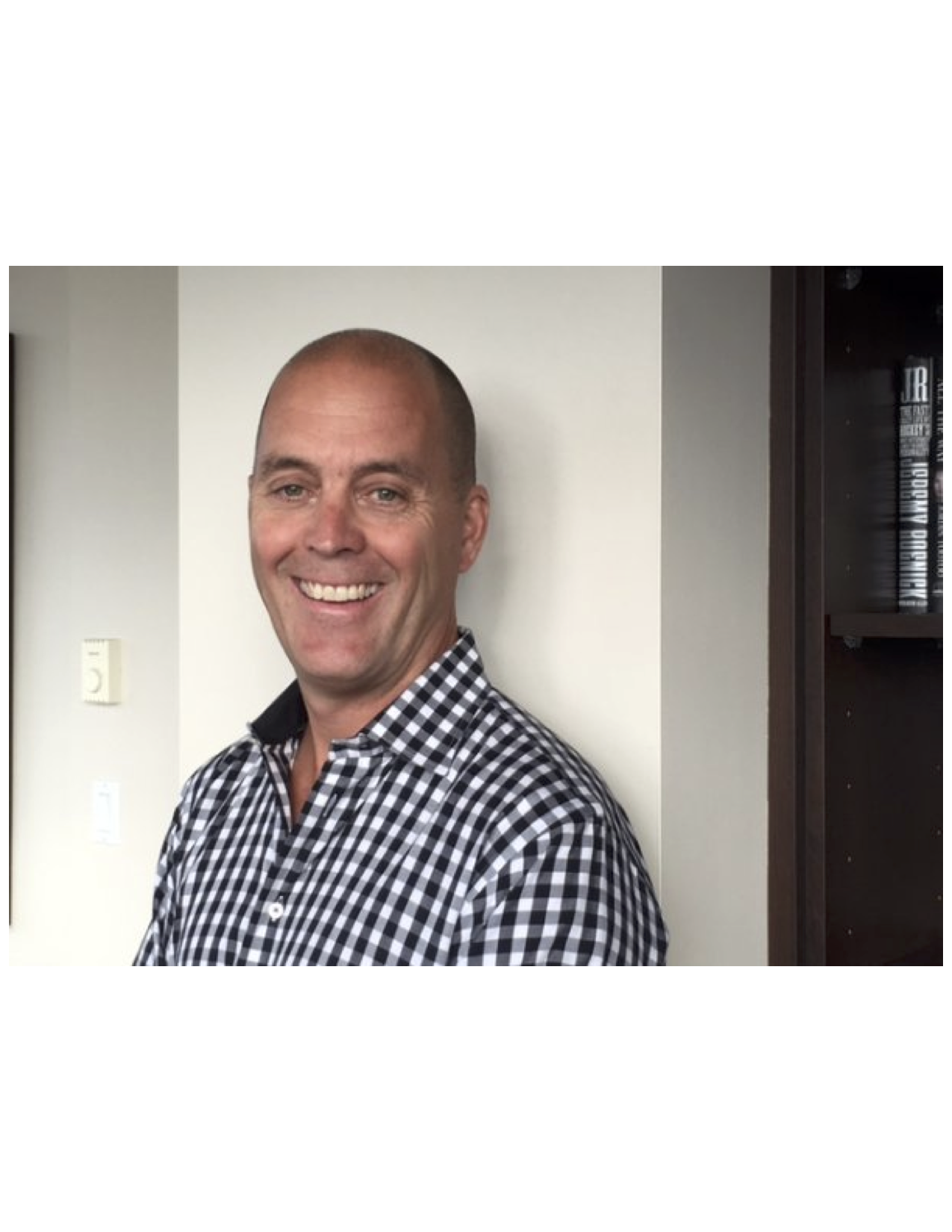 Renowned for her values-based leadership skills, Andrea Shaw truly is the driving force behind TTG Canada’s high-performance team. But that’s nothing new for Andrea – she raises the bar and inspires others everywhere she goes.

Prior to founding TTG Canada, which includes sister companies TTG Partnerships and TORQUE Strategies, Andrea was Vice President of Sponsorship, Sales and Marketing for the Vancouver Organizing Committee for the 2010 Olympic and Paralympic Winter Games (VANOC).

Involved in the 2010 Winter Games from the bid process onwards, Andrea’s leadership resulted in revolutionary marketing and communication strategies that garnered record levels of support, participation, and investment in the Games. Andrea led the team at VANOC that oversaw the longest domestic Torch Relay in Olympic history, and that generated over $760 million in sponsorship revenue, an amount that was, for its time, unprecedented worldwide for a Winter Olympic Games.

Before spending a decade with VANOC, Andrea developed sport marketing agency Landmark Group Pacific into an industry leader, before selling it to API International, where she became Managing Partner, Canada. Andrea went on to establish her own successful strategic sponsorship, marketing and communications consultancy, A.J. Shaw and Associates.

Her work is driven by an aspiration to elevate the potential of sport, culture and community, which she’s done time and time again, and her vision and leadership was acknowledged recently when she was inducted into the Sponsorship Marketing Hall of Fame in 2018. 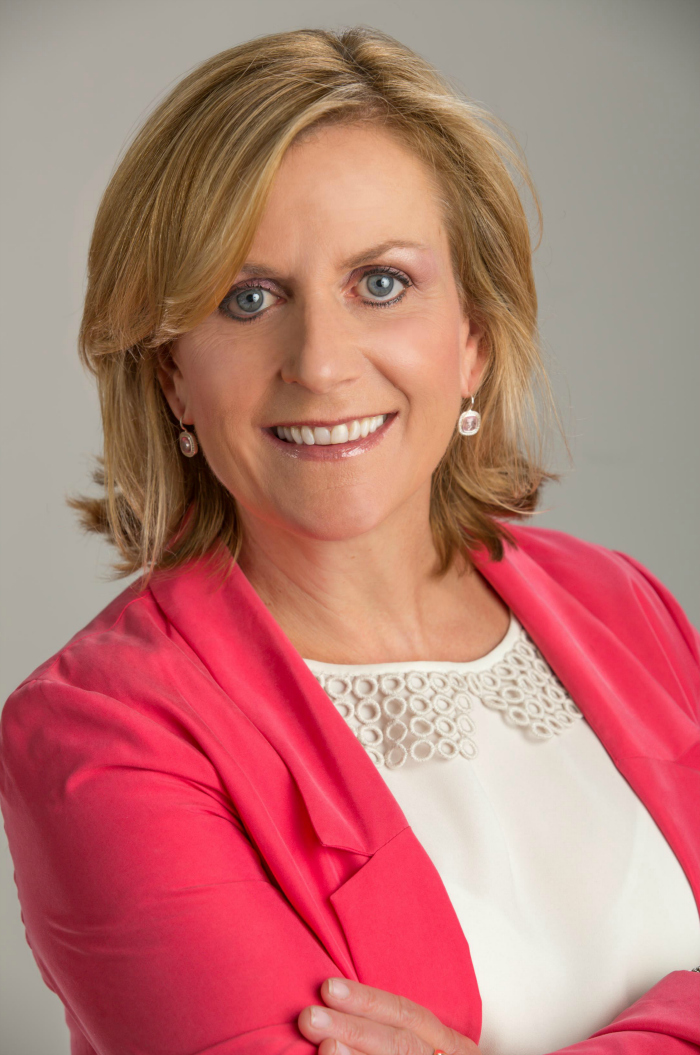 Bryce Hollweg is a former elite ice hockey player and decorated US Army Veteran who has a passion for Leadership and maximizing team performance.

Bryce played his junior hockey in the British Columbia Hockey League (BCHL), serving as the Captain of the Surrey Eagles in his fourth season. Following his junior hockey career, he went off to play NCAA Division I at the United States Military Academy at West Point where he served as his team’s Captain during his Senior year and was a finalist for the Hobey Baker Award given to the top NCAA men’s hockey player.

Upon graduation from West Point in 2008, Bryce entered the US Army as a Signal Officer and spent 10 years around the globe in various assignments and locations including Belgium, Germany, South Korea and Afghanistan, culminating in Florida where he served as a Professor of Leadership and Military Science at Embry-Riddle Aeronautical University.

Bryce is currently VP of Information Technology for Canucks Sports & Entertainment, and President of PH Restaurants for the Aquilini Group. 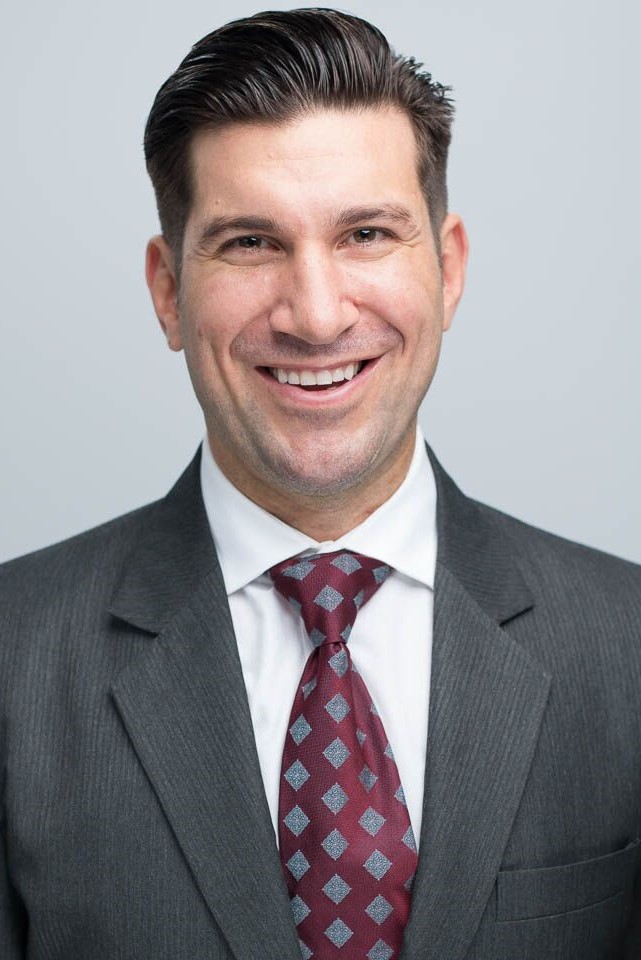 Swish has previously consulted for Fortune 500 companies like Google, Western Union and American Express. He also sits on various boards including at Dunk, Media Network of 10M followers hyper-focused on basketball, and the League of Innovators, a Canadian Charity started by Ryan Holmes, CEO of Hootsuite.

Swish has been published in over one hundred national and international publications and has notably been inducted into Plan Canada's Top 20 under 20, recognized as Startup Canada's Young Entrepreneur of the Year and and won the United Nation’s Outstanding Youth Leadership Award. 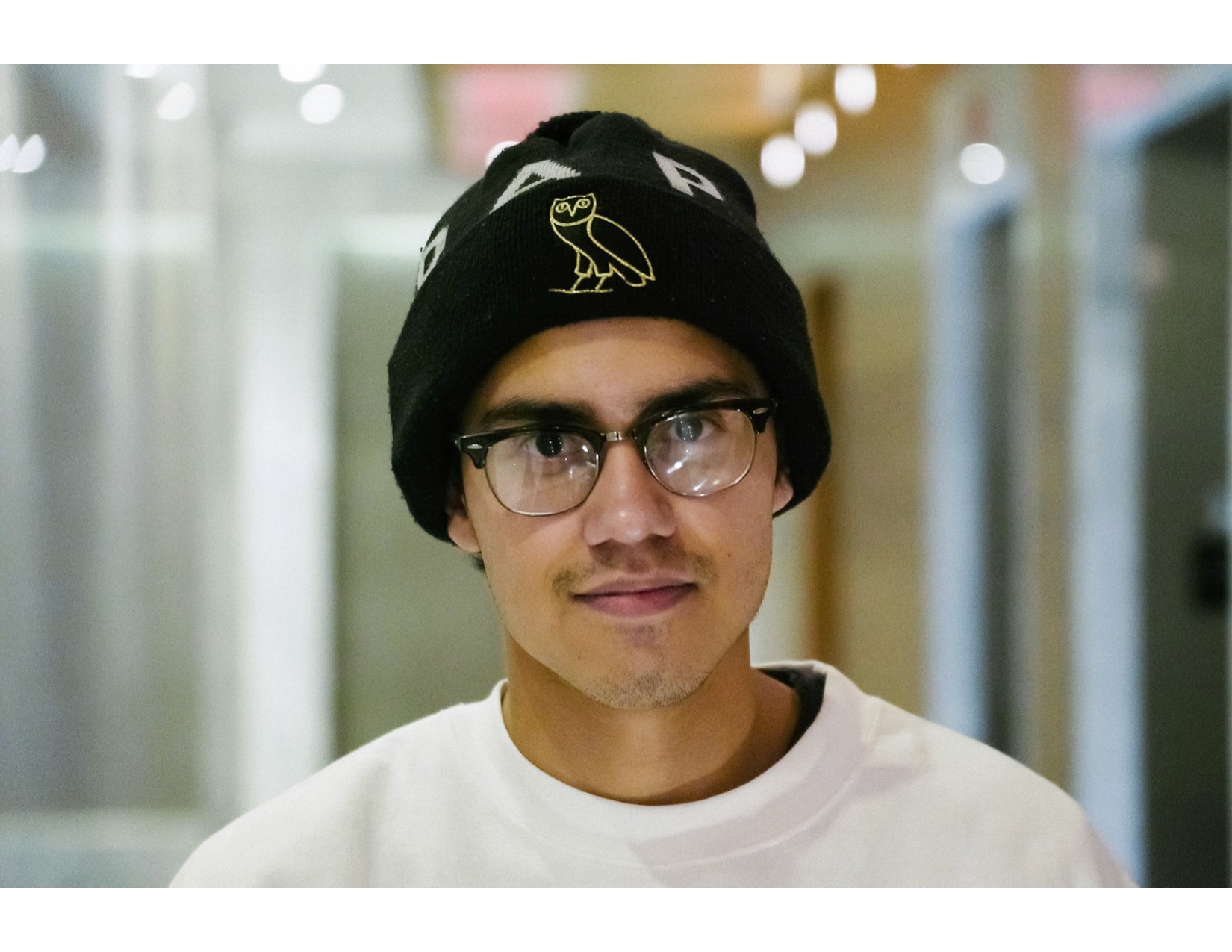